The company New Relic has taken it upon themselves to put the older iOS4 and latest iOS 5 software up against each other in a head to head browsing and application showdown. To see how much of an improvement the new iOS 5 has brought to Apple’s iPhone device.

Two test were carried out : on to measured the average response time for more than 3,000 Web applications as used by New Relic customers, and second a controlled test that pitted two phones with the same hardware against each other, one running iOS 5 and the other iOS 4. 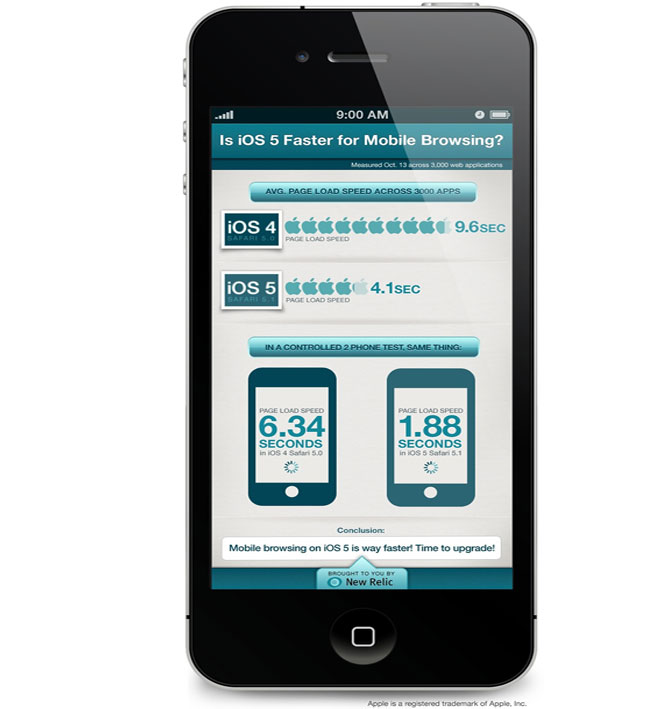 As you can see by the results above and below as you would expect the iOS 5 software is faster at both. But what are your thought son the time difference, using the same hardware?