Some screenshots have been revealed which are reported to be for a pre-GM (Gold Master) build of Apple’s iOS 5.1, and the screenshots reveal some new features coming to Apple’s iOS devices in iOS 5.1.

The photo below shows the the camera on the iPhone is now accessible from the lock screen on your iPhone, and it also confirms support for new languages in iOS 5.1 for Apple’s Siri, which include Japanese. 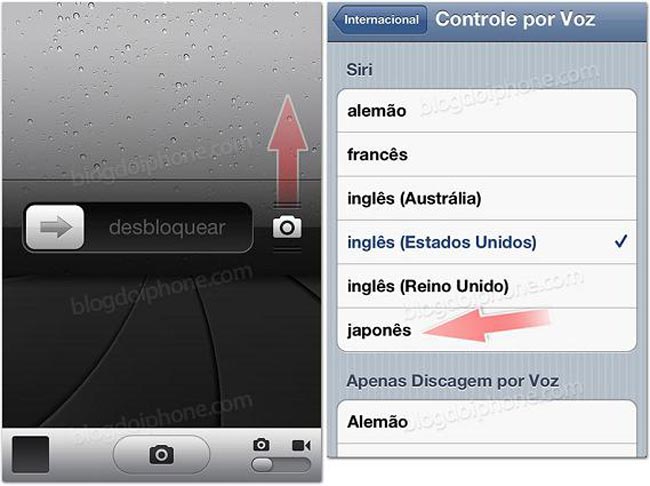 There are no details on whether these photos are the real deal or not, they were apparently obtained from a wireless carrier by the guys from BlogdoiPhone.