Apple has released iOS 4.3 to developers and we can now get an idea of some of the new features coming to the iPhone, iPod Touch and iPad in iOS 4.3.

One feature that we heard about the other day is the Mobile Hotspot feature which will allow you to connect up to five different devices to your iPhone via WiFi, of course this feature will be carrier dependant and carriers will probably charge you an fee to use it. 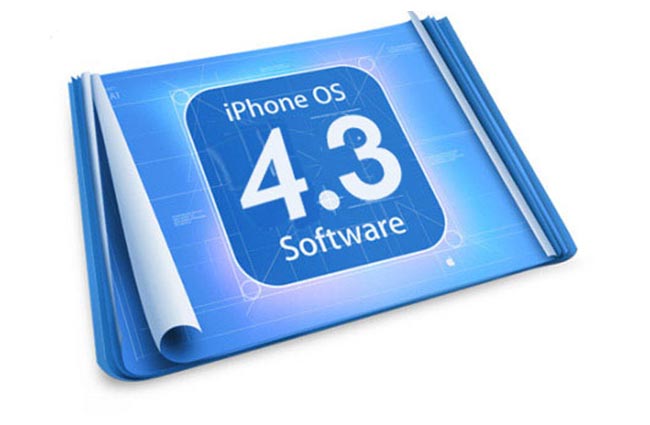 Another new feature in iOS 4.3 is AirPlay Video support for third party applications which will allow you to stream video to your Apple TV from your iPhone, iPad or iPod Touch with applications other than the Apple ones.

It also looks like Facetime will get a new icon on the iPod Touch, and there will also be full screen iAds, and it also looks like iOS 4.3 doesn’t actually support the iPhone 3G or iPod Touch 2G, although this may change before it is released.

There are no details as yet on when Apple intends to release iOS 4.3, as soon as we get some more information we will let you guys know.