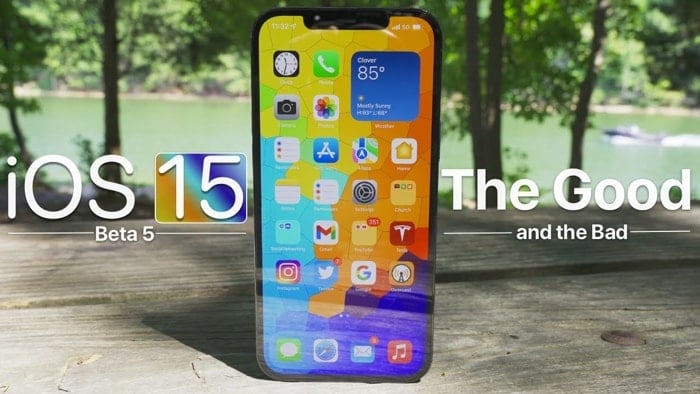 Apple released iOS 15 beta 5 last week, we have already seen a range of videos of the software and now we have another one.

The follow up video from Zollotech below follows on from the one we saw previously and it gives us a look at more features and also some bugs that have been discovered in the latest beta of iOS 15.

As we can see from the video the iOS 15 beta 5 software brings a range of features to the iPhone. The software has been released to developers and also public beta testers.

Apple’s iOS 15 will brings wide range of new features to the iPhone, this includes updates for existing apps like Safari, Mail, Maps, Apple Music and many more.

There is also the new SharePlay feature that lets you watch TV shows and movies with your friends over FaceTime. The movies and TV shows are synchronized so you are both watch the same thing in different locations.

There is also the new Focus Mode which is designed to help you focus, it will cut down on notifications and lets you determine which types of notifications are important and which ones are not.

Apple are expected to release their iOS 15 software update at the same time as the iPhone 13, this is rumored for September. They will also be launching the Apple Watch Series 7 at the same time and watchOS 8.