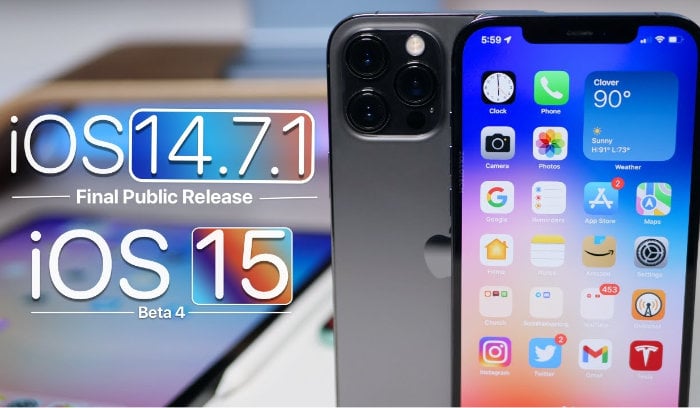 If you are interested in learning more about iOS 15 Beta 4 released last week by Apple and the previous iOS 14.7.1 release you are sure to enjoy this new video created by the team over at Zollotech. As you would expect the latest iOS 15 Beta 4 includes even more features and edges closer to a final version which will be made available by Apple later this year, probably in conjunction with the launch of their new iPhone 13.

The new iOS 15 mobile operating system which will be available on iPhone and iPad tablets in apartments time includes a wealth of new features for Apple users to enjoy including the ability to watch movies and TV shows with friends over FaceTime using the new SharePlay feature. Together with a new Focus feature that allows you to remove clutter from your phone and focus on the apps you need to at certain times of the day. Apple has also made a wealth of new features to existing applications such as Maps, Safari, Email and more as well as adding a wealth of additional privacy enhancements to prevent unwanted third-party applications and companies tracking your online movements, data and details.

“This is the iOS 14.7.1 final review and iOS 15 Beta 4 follow up review where we go over all of the features, changes and remaining issues or bugs in iOS 14.7.1 and iOS 15 Beta 4. In this video I compare iOS 14.7.1 public release and iOS 15 Beta 4 and talk about performance, battery life, battery health and what they are like to use after a few days later to help you decide if you should install it. I show you them using using iPhone 12 Pro Max, iPhone 11 Pro, and 2020 iPad Pro 12.9”