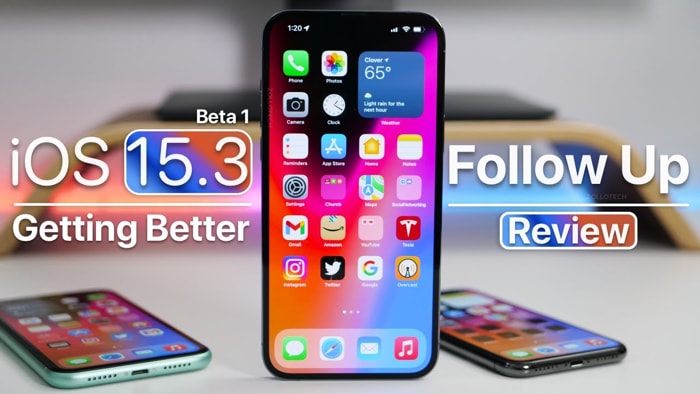 We have already seen a range of videos of the new iOS 15.3 beta 1 software and now we have a follow-up video from Zollotech. The video gives us a look at the changes and the new features that are coming to the iPhone with this new release.

This update mainly comes with some bug fixes and some performance improvements for the iPhone and iPad, there are also some minor new features.

This includes some updates for Apple AirPods, updates for Spotlight Search, some changes to Podcasts, and more updates.

As this is only the first beta of iOS 15.3 and iPadOS 15.3, it will be a while before the final version of the software is released.

We are expecting this to happen sometime around the end of January or in early February. As soon as we get some more information about the release date for iOS 15.3 and iPadOS 15.3, we will let you know.