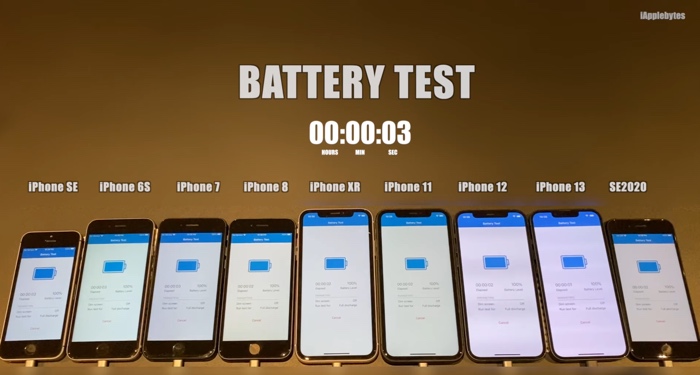 Apple’s iOS 15.2 software has been out for about a week, we have already seen a number of videos of the software and now we get to find out more details about battery life.

The video below from Zollotech gives us a look at battery like on the iPhone with iOS 15.2, it includes a range of devices.

The devices tested in the video include the original iPhone SE, iPhone 6S, iPhone 7, iPhone 8, iPhone XR, iPhone 11, iPhone 12, iPhone 13, and the 2020 iPhone SE, lets find out how the handsets perform.

As we can see from the video the majority of the devices did not show any improvement in battery life over the previous iOS 15.1 software. We also saw a video previously of some speed tests of the new iOS 15.2 vs iPhone 15.1 and there were no improvements in the speed.

The new iOS 15.2 software brought a range of new features to the iPhone, this included the new Apple Music Voice plan which lets you listen to Apple Music with voice control, and Siri, which is the cheapest plan on Apple Music.

There was also the new Digital legacy feature that will let you give someone access to your devices and your Apple accounts in the event of your death. Plus updates for Messages, Siri and Search, and more.