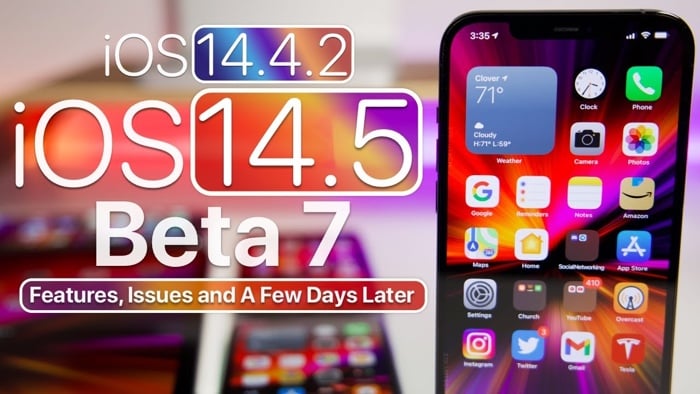 Apple’s iOS 14.5 beta 7 landed last week, they also released a number of other betas of the software including iPadOS 14.5 beta 7.

This is expected to be one of the last betas of iOS 14.5, we may get one more in the form of a Release Candidate.

We have already seen a number of videos of the software and now we have another one from Zollotech, this one also gives us another look at iOS 14.4.2.

Apple’s iOS 14.5 brings some privacy changes to apps, privacy, you will now be alerted when an app is tracking you and you can turn this tracking off.

There is also support for the new Xbox Series X and PlayStation 5 DualSense controllers, plus a new feature that will allow you to your iPhone using an Apple watch when you are wearing a face mask.

We are expecting Apple to release iOS 14.5 some time this month, as soon as we get some details on the exact release date of the software, we will let you guys know.