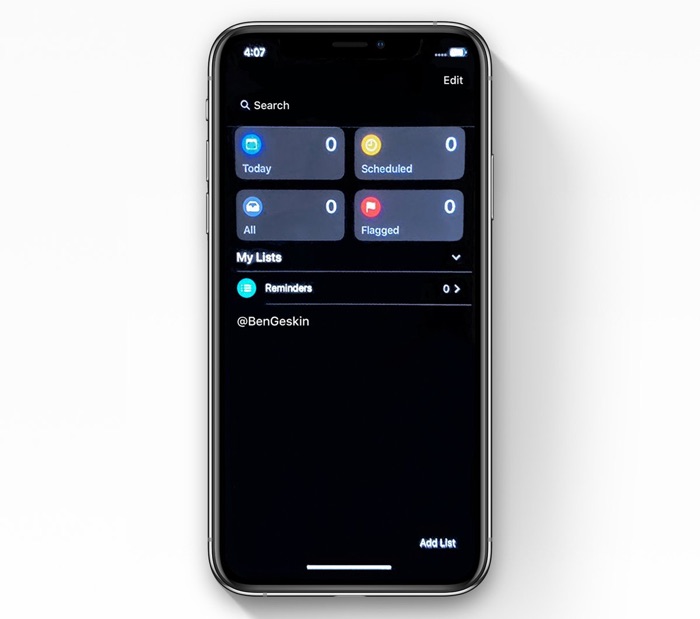 Apple will make their new iOS 13 software official later today at their WWDC 2019 Keynote, we already know some of the new features coming to the OS.

One of the new features in iOS 13 will be the new Dark Mode, there will also be some design changes to a number of the apps, this can be seen in the picture above which shows the new Reminder app.

The picture above was posted on Twitter by Ben Geskin, you can see what he had to say about it below.

We also saw last week that there will be a new Radio app for iOS and also a range of other new design changes. We will have full information on what is coming in the next major release of Apple’s iOS software later today.