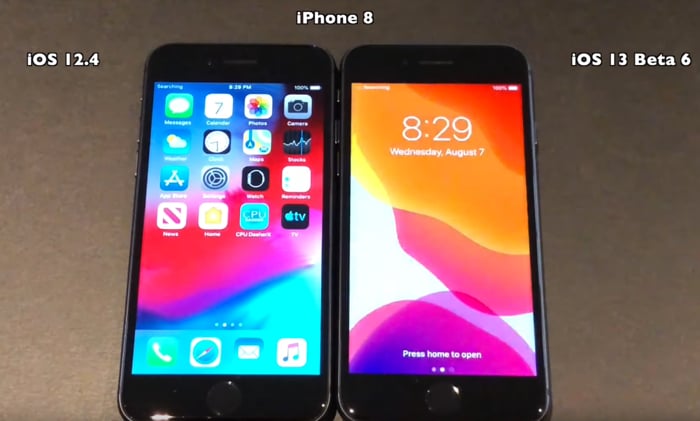 Apple recently released their iOS 13 beta 6 software to developers, they also released iOS 13 Public Beta 5 which is the same software. Now we have a video that compares the new iOS 13 beta 6 vs iOS 12.4 on a range of devices.

In the video below we get to see if there are any speed improvements in the new iOS 13 beta, the tests are run on the iPhone 6S, iPhone 7 and iPhone 8.

As we can see from the video the iPhone 6S with iOS 13 booted up slightly quicker, there do not appear to be any major speed improvements in the apps.

The iPhone 7 running the current release of iOS 12.4 booted up slightly faster than the handset running the new beta, there were no speed improvements in the apps.

In the final test the iPhone 8 running iOS 12.4 booted up quicker, there were no speed improvements in the apps. Apple is expected to release their new iOS 13 software along with its new iPhones next month, as soon as we get some details on a release date, we will let you guys know.