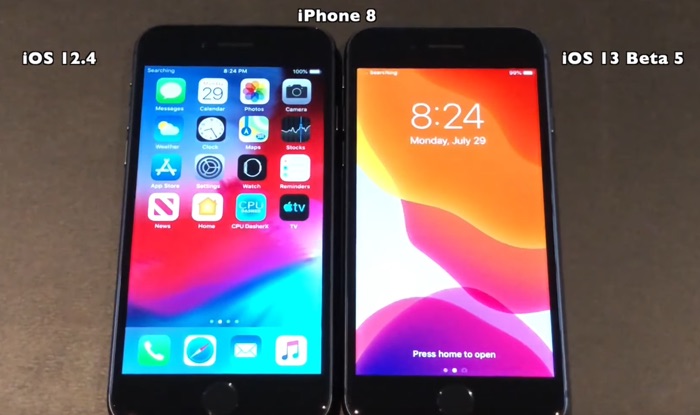 In the video below we get to see iOS 13 beta 5 and iOS 12.4 run side by side on the iPhone 6S, the iPhone 7 and the iPhone 8. This video is designed to show us if there are any speed improvements in apps downloaded from the app store.

Apple will be releasing their iOS 13 software some time in September along with their new iPhones, as yet we do not have an exact release date for the software.