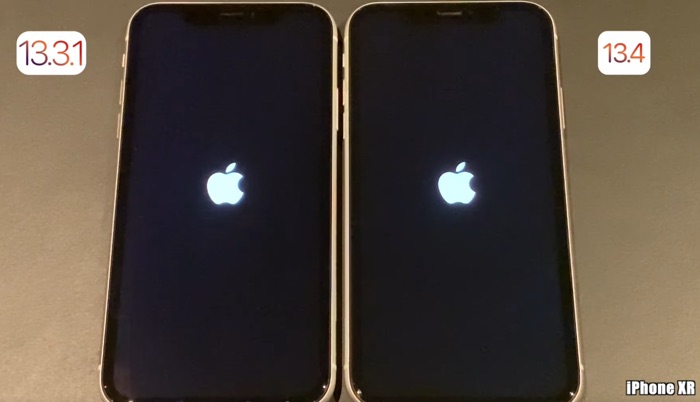 The new iOS 13.4 software update is now available for the iPhone and iPad and now we get to find out if there are any speed improvements in iOS 13.4 vs iOS 13.3..

The video below gives us a look at the new iOS 13.4 side by side with iOS 13.3.1 on a number of devices, lets see if there are any major speed improvements.

As we can see from the video there are no major speed improvements in the new iOS 13.4 over the previous iOS release. This includes in both the boot up times and also in the range of apps on these devices.