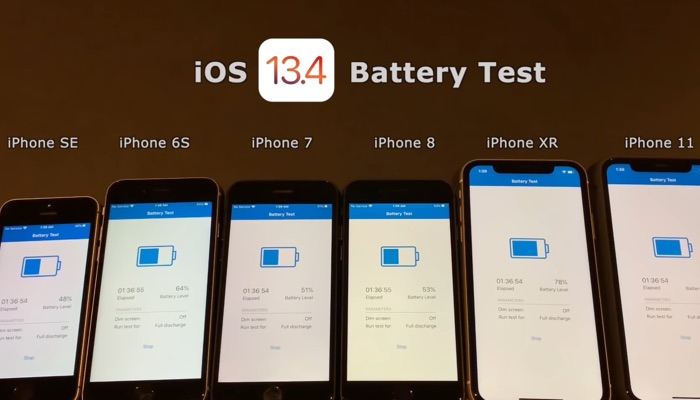 Apple’s new iOS 13.4 software update is available to download, we have already seen a speed test of the OS and now we have a battery life test of the software.

We saw a number of videos of the various betas of iOS 13.4 and now we have the final version, it will be interesting to see if there are any battery life improvements. The tests are run on the iPhone SE, iPhone 6S, iPhone 7, iPhone 8, iPhone XR and the iPhone 11.

As we can see from the video there are not any major battery life improvements in this new version of iOS, some devices are slightly better and some are slightly worse, but these are only small changes.

The new iOS 13.4 software update is now available to download for the iPhone and the iPadOS 13.4 update for the iPad.