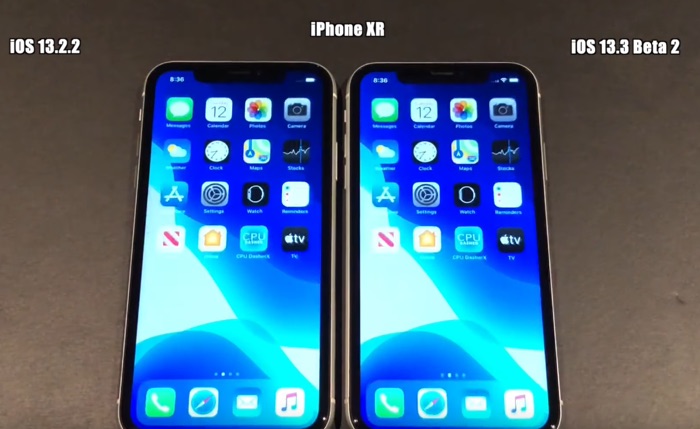 We just saw a video showing us the new features in the new iOS 13.3 beta 2 software and now we have another video.

As we can see from the video the iPhone 6S running the new beta booted up slightly faster than the handset with the current iOS 13.2.2, although they were very close. There were no major speed improvements in the range of apps.

With the test of the two iPhone 7 handsets, the device running the current iOS 13.2.2 software booted up slightly faster, there were no changes with the various apps.

In the speed test of the iPhone 8 the handset running the new iOS 13.2 beta 2 software booted up slightly faster, although there was hardly anything in it, there were no improvements in the apps.

In the final test with the two iPhone XR handsets, the device running the iOS 13.2.2 software booted up slightly quicker, there were no changes in the apps. Overall there we no major speed improvements in the new iOS 13.3 beta 2 software over the current release, this may change by the time the final version of the software lands.