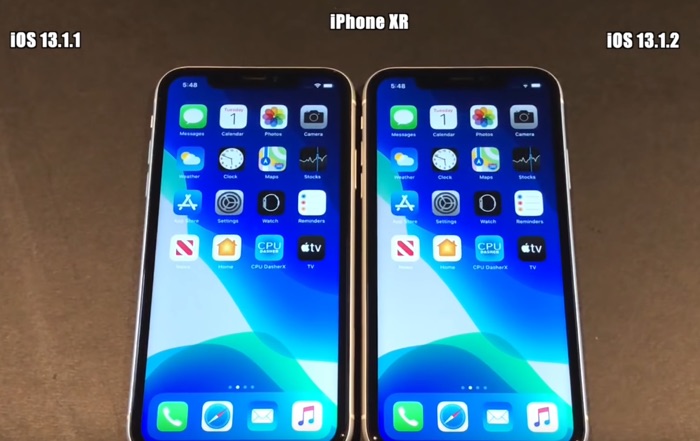 As we can see from the video the iPhone 6S running the 13.1.1 software booted up slightly faster, there were no major speed improvements in the apps.

With the test between the two iPhone 7 handsets the device running iOS the older iOS 13.1.2 software booted up slightly faster, there were no major speed improvements in the apps.

The iPhone 8 running the current iOS 13.1.2 appears to have booted up a split second faster, there do not appear to be any improvements in the apps.

As we can see from the video there are no major speed improvements in the new iOS 13.1.2 software over the previous software.