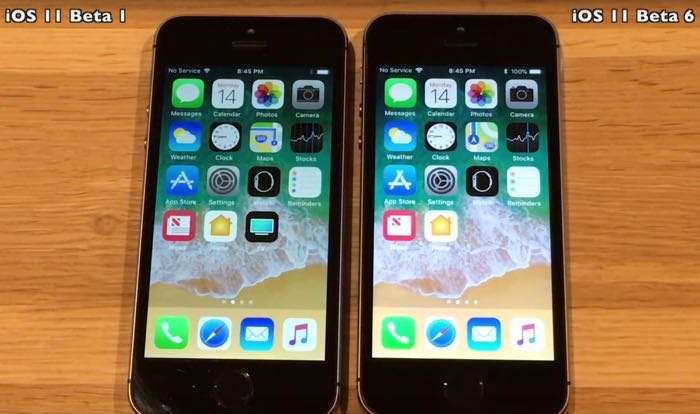 Apple released their six beta of iOS 11 yesterday, we have already seen some videos of the OS in action and now we have another one. In this new video we get to see iOS 11 Beta 6 vs iOS 11 Beta 1.

Apple’s iOS 11 beta 1 was released at their Worldwide Developer Conference in June, the video below shows the first beta next to the sixth beta running on an iPhone 5S.

The iPhone 5S was used for the test as it is the oldest Apple device that will be getting the new iOS 11 software when it is released.

As we can see from the video the sixth beta of iOS 11 appears to be faster than the first beta, this can be seen when the handsets boot up and also on the apps. Apple have said that they will release iOS 11 some time this fall, we are expecting the software to be released some time in September along with the new iPhone 8.