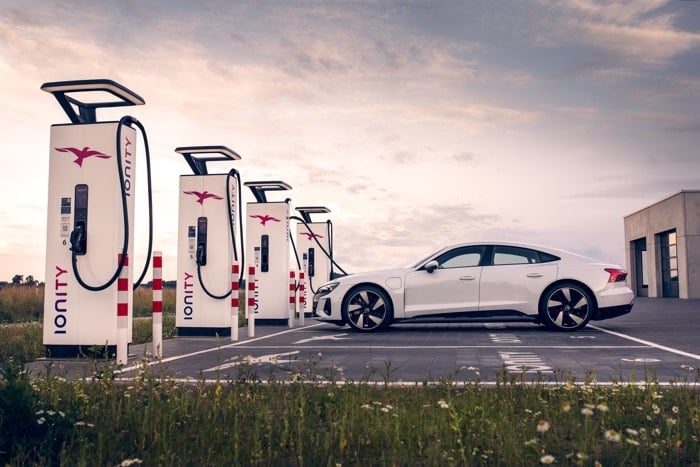 Audi has announced that IONITY will install 5,000 new fast-charging points in Europe by 2025, Audi, Porsche, and Volkswagen are investors in the company.

A Well-developed charging infrastructure forms the very backbone of electrified mobility. That is why IONITY is investing around 700 million euros to install more than 5,000 additional fast-charging points by 2025. As such, the joint venture – in which Volkswagen, with its Porsche and Audi brands, has a stake – is creating more than 1,000 locations for fast charging at up to 350 kW. A new flagship concept from IONITY and the new “Plug & Charge” functionality available on Audi e-tron models are also designed to enhance convenience and the charging experience.

E-mobility’s success is highly dependent on the charging infrastructure, which is why IONITY, Europe’s largest open high-power charging (HPC) network located in 24 countries, is investing 700 million euros in its fast-charging network for electric vehicles. The joint venture in which Audi has a stake will increase the number of high-performance 350 kW charging points from more than 1,500 at present to around 7,000 by 2025. In addition, they are no longer being built only along freeways, but also near major cities and along busy main roads. As a result, the number of charging locations is also increasing significantly – from just under 400 at present to more than 1,000.

You can find out more details about the new IONITY chargers which are coming to Europe at the link below.