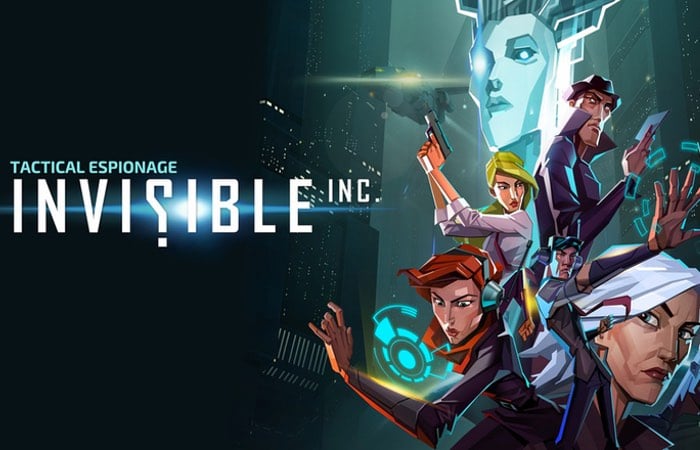 PlayStation 4 gamers that have been patiently waiting for the launch of the Invisible, Inc tactical espionage game to arrive on Sony’s next-generation games console, will be pleased to know that Corey Rollins Community Manager at Klei Entertainment the developers of the game, took to the official PlayStation blog yesterday to announce its launch on the PS4 console.

Invisible, Inc launched last year via the Steam games network and is also available to play on PC, Mac and Linux and offers players with a a turn-based tactics, stealth video game incorporating elements of “roguelike” gameplay.

Rollins explains more about what you can expect from the PlayStation 4 version:

For those unfamiliar, Invisible, Inc. is about leading your team of elite spies to infiltrate the world’s most secure complexes. As the Operator, your job is to pick targets of opportunity, steal from the corporations, and upgrade your agents and programs in order to prepare for the final standoff. The world is completely different every time thanks to procedural generation, and the corporations are constantly adjusting to topple your plans.

Out of all the features Invisible, Inc. offers, the most interesting to many will be the fact that it’s procedurally generated. Most stealth games are incredibly refined with every guard, alarm, and item meticulously hand placed. This often creates a wonderful, balanced, refined stealth experience, but once you play through the game (or even a certain level) you’ll never be able to play it again for the first time. You know where the guards will be, how many there are, or where the best loot is, for example.

We decided to challenge ourselves to build a system where each level and room feels hand crafted, but gives you a new experience every time you play so that information truly becomes power. The procedural generation allows the game to renew itself every time, and we think that’s incredibly powerful in a stealth game.

As Invisible, Inc.’s design is concentrated around replayability, we also filled out the DLC with more variety of enemies and new events that can show up at any point in the campaign. But we also noted that a lot more people than we expected were playing the endless campaign and not finding the late days as challenging as they could be. A new set of enemy units were created to fill in the gap and a new flavor of enemy “Daemon” programs were created to increase the difficulty gradually, making deep endless runs the challenge they were meant to be.

For more information on the new Invisible, Inc jump over to the official PlayStation website for details following the link below.