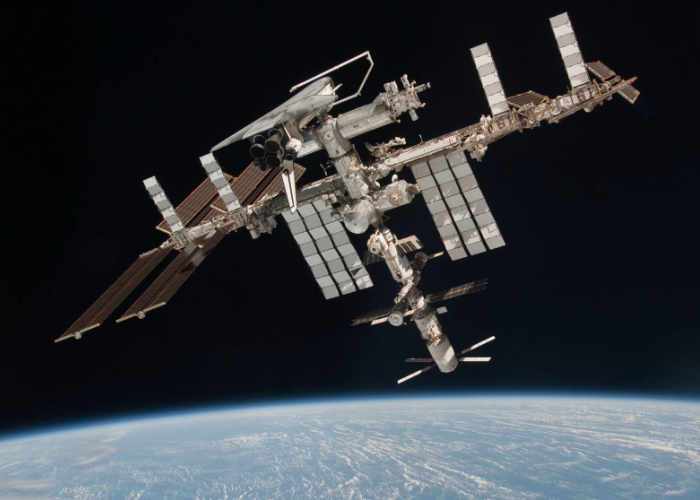 Living aboard the International Space Station (ISS) is not just about space walks and carrying out experiments, the astronauts based in the ISS are also required to carry out many different media interviews and presentations providing awesome entertainment for us on firm ground. Watch the video below created by NASA and published on YouTube this week, showing space station crew members discussing life in space with media.

The International Space Station (ISS) is a space station capable of providing living and working space for six astronauts, in low Earth orbit. Its first component launched into orbit in 1998.

Aboard the International Space Station, Expedition 53 Commander Randy Bresnik and Flight Engineers Joe Acaba and Mark Vande Hei of NASA discussed life and research on the orbital laboratory during in-flight interviews Nov. 3 with KARE-TV in Minneapolis and the “Fox and Friends” morning talk program on the Fox Network. The astronauts are in various stages of their respective five-and-a-half-month missions on the orbital outpost. The ISS is now the largest human-made body in low Earth orbit and can often be seen with the naked eye from Earth.The ISS consists of pressurised modules, external trusses, solar arrays, and other components. ISS components have been launched by Russian Proton and Soyuz rockets, and American Space Shuttles.