Intel has announced that it will be launching it new range of Intel Atom E Series processor in January of 2012, and they will offer support for Google’s Android OS in the form of Android 2.3 Gingerbread.

Intel’s processor have not officially supported Google’s Android OS until now, this hasn’t stopped developers getting them to work with Google TV hardware. 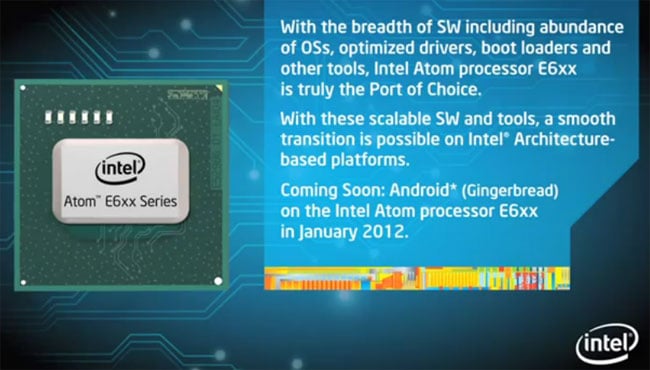 By the time these new Android Gingerbread supported processor from Intel launch, Google’s TV set top boxes will be running Android Honeycomb, it does make you wonder why Intel is only supporting Gingerbread with the new Atom processors and not Honeycomb.