Thanks to the popularity of the awesome Raspberry Pi mini PC which has taken the world by storm, Intel has developed their own mini PC in the form of the open source Intel Minnowboard.

The Intel Minnowboard is equipped with a a 1GHz Atom E640 processor with integrated graphics, 1GB of DDR2 RAM, and 4MB of Flash firmware and is priced at a massive $199 when compared to the $35 price of the Raspberry Pi mini PC. 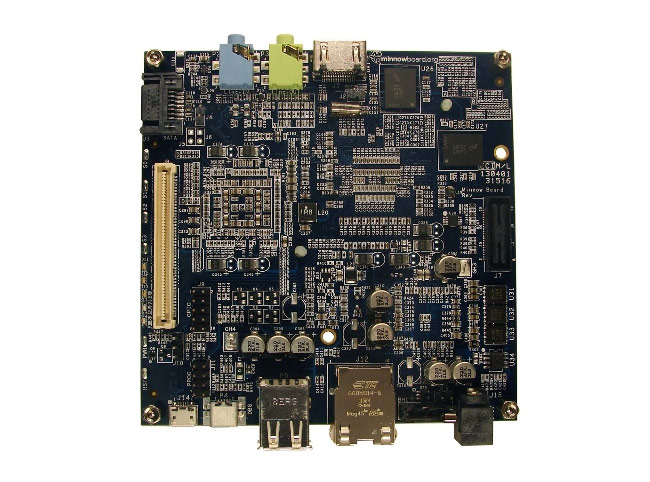 “Where the Minnowboard really shines is in its I/O performance,”-“Powered by PCI Express, you can make full use of SATA disk support and gigabit Ethernet for high throughput applications such as file servers or network appliances.”

Intel has partnered with CircuitCo Electronics to sell their new $199 Intel Minnowboard which is now available to purchase and was first unveiled back in May of this year.