Intel has this week been showcasing its latest technology at the IDF 2012 Beijing. During which Intel has revealed its new Intel Letexo hybrid Ultrabook prototype, which is equipped with a sliding screen, and runs Windows 8 OS. The new Intel Ultrabook codenamed Letexo, has been designed to provide users with the best of both a tablet and a notebook in one slimline device. 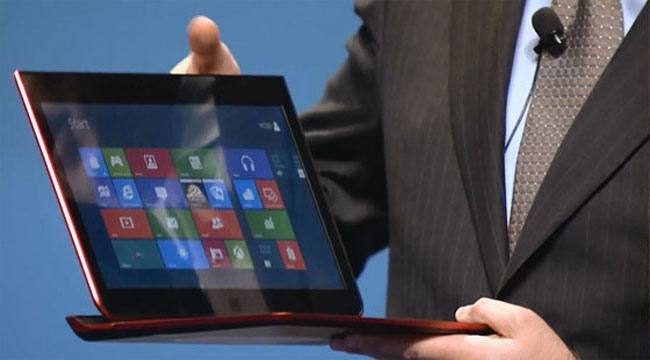 The screen of the Letexo hybrid Ultrabook can be slide upwards to reveal the notebooks keyboard and then replace to hide it once against converting the notebook back into a tablet. Another features allows the screen to be pushed forward and propped up with a built-in stand, blocking access to the keyboard and serving as a small touch-based AIO PC.

Full specifications for the upcoming Letexo hybrid Ultrabook are still unknown at present, but its thought the device will be equipped with a Intel’s Ivy Bridge processor and will include a HDMI and USB ports. As more information is released by Intel we will keep you informed.