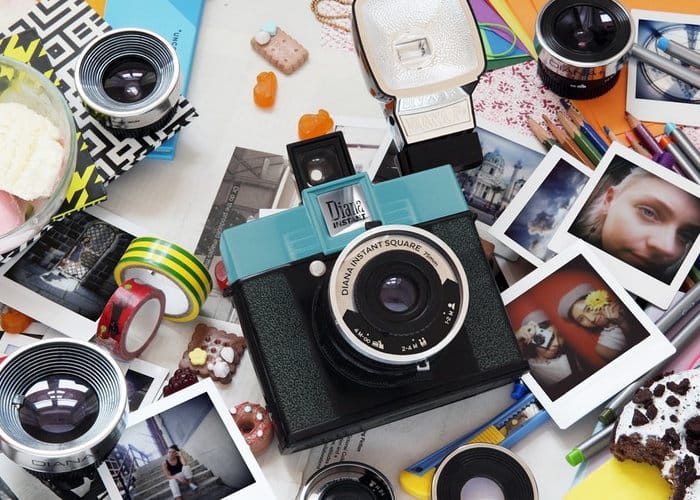 Camera designers and manufacturers Lomography have created a new instant camera in the form of the Diana Instant Square which has this week been launched via Kickstarter and already raised it’s $100,000 pledge goal thanks to over 820 backers with still 29 days remaining on its campaign. Watch the demonstration video below to learn more about the new instant camera and its features.

The Lomography Diana Instant Square has been inspired by the original 1960s medium format Diana camera end is now packed with features to “ignite your inspiration, and compatible with heaps of accessories to keep the analogue fire burning”, says Lomography.

“Shake off expectations and let the Diana Instant Square fill your frame with unpredictable beauty. There’s no re-take, no post-production polishing — you snap the shot and seconds later you hold a beautiful picture filled with strong, saturated colors and soft, moody vignetting in your hands. The Diana Instant Square electrifies your life with lo-fi love, opening up a whole world of creativity and freedom.”

The Diana Square Instant Camera is now available to back via Kickstarter with early bird pledges available from $65 or £49. For a full list of all camera accessories and pledges jump over to the official crowdfunding campaign page by following the link below. If all goes well worldwide shipping is expected to take place during December 2018 and January 2019 depending on your preferred accessories and pledge.