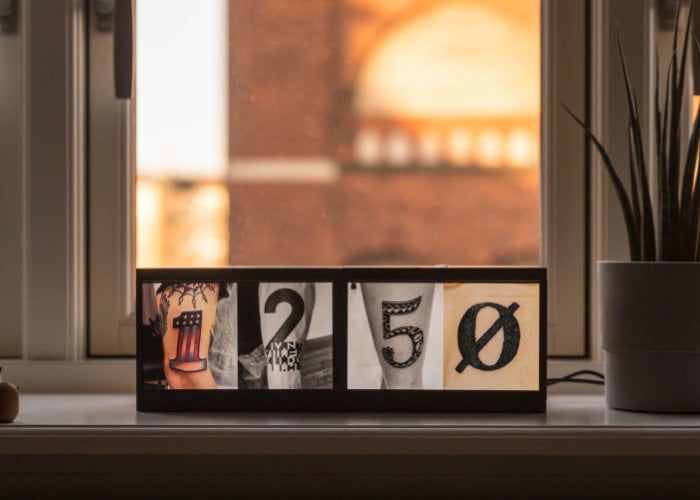 Riccardo Cereser the creator of the unique Instaclock explains more about the inspiration and design: “Instaclock consists of two identical wooden units each equipped with a 7″ LCD screen and a Raspberry Pi 3b+. The units display the time, one LCD screen for the hours and one for the minutes, via images stored in a Dropbox folder.”

“The images are grouped into sets, based on different themes. In a set, there are ten images, one for each digit from 0 to 9. The Raspberry Pi fetches the correct time from the Internet and loads the respective digit from each set. I am planning to release a detailed process explanation on Instructable, in the meantime, let me know what you think of this project and if you have any questions.”

“Currently, the Instaclock runs on 12 sets of numbers, each set is based on a separate theme, and there is also a set compiled by unrelated images. The different sets consist of illustrations I’ve drawn, images found online, and on pictures I’ve taken myself. While I’ve enjoyed quite a lot going around the city taking snaps of numbers in the wild, I’ve enjoyed even more to come up with an idea for a set myself and then draw in either Procreate or Photoshop.”