If you are interested in how the new Microsoft Kinect motion device (Previously Project Natal) is put together the crew over at T3 have been invited by Microsoft to show how Kinect works, and the work that’s gone into it.

The Microsoft Kinect motion device is made up of three distinct subsystems that each marries hardware and software. 1. Movement Tracking, 2. Voice recognition and 3. The Motor 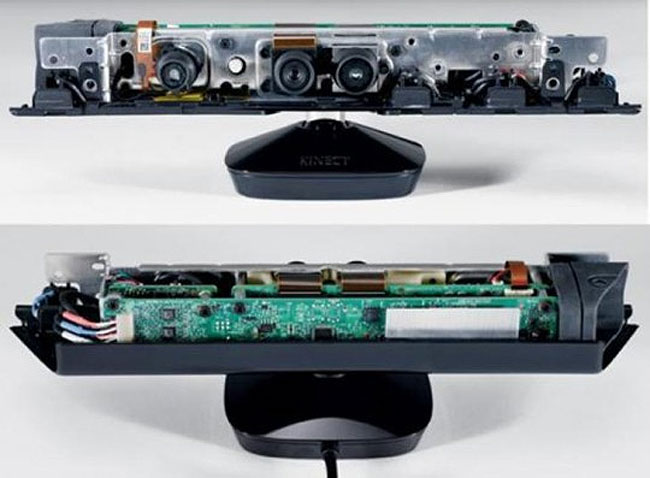 The movement tracking is tracked via a IR VGA camera and a laser that is projected across the field of play to track player movements. The camera uses ‘depth field.’ and filters to distinguish players from furniture and  bodies appear a bright shade of red, green and things further away appear grey.

Kinect then transforms body parts into a skeleton with moving joints and is preloaded with 200 common poses, allowing to to fill in the blanks if you make a move that obstructs the cameras view of your entire skeleton. All this is done at 30fps

For voice recognition Kinect has an ‘acoustical model’ for countries and individual regional dialects, built from 100s of hours of actors from round the world talking through various sayings.

The final part of Kinect’s technology is its motor. That controls the camera and allows it to move up and down to calibrate to each specific gaming space.

For more information check out the T3 website for more photos and details.

Via Geek Via T3