Know what? Try typing ‘kilobot’ really fast and the resulting misspell will most likely result in ‘killbot.’ Too ominous for comfort, boys and girls! Anyway, since earlier posts have established that human civilization is on the fast track toward a bright future equal parts Blade Runner, Terminator, and Star Trek it comes as no surprise that more than a few bright minds are working on insect like robotic behavior. 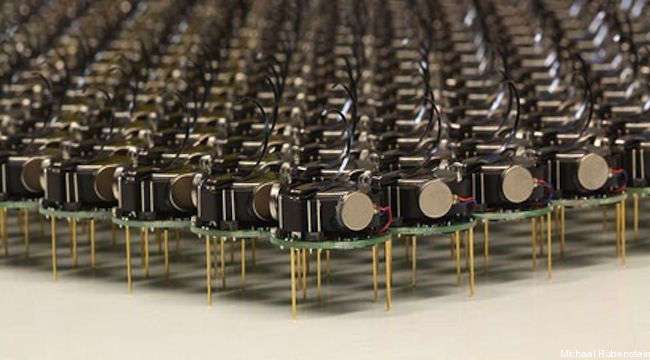 Seen above are the kilobots in their multitiudinous glory. Currently toying with them are the resident geniuses in the Harvard School of Engineering and Applied Sciences (SEAS), where swarming behavior has caught on like a various. See, if robots can be made to swarm, then can they swarm for a purpose? Think along the lines of an army of ‘bots on a construction job.

So long as they don’t swarm on helpless humans, the kilobots won’t be targeted by the Resistance. For now.