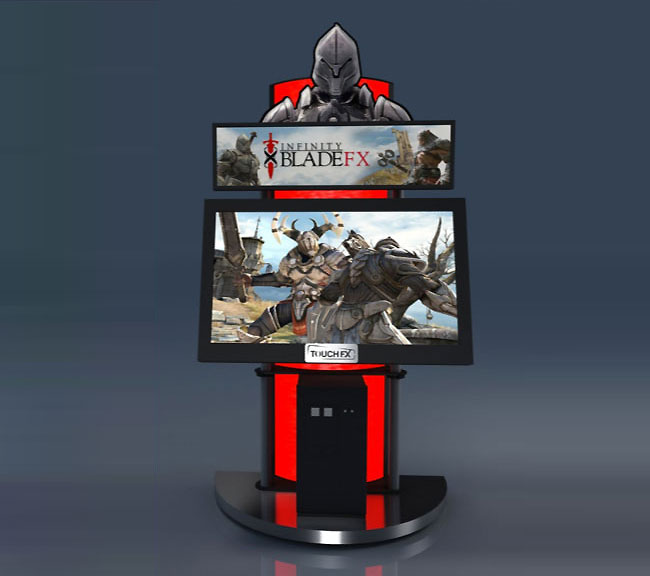 Infinity Blade is not the first game to be transformed from small screen by Adrenaline Amusements and follows in the footsteps of Fruit Ninja and Flight Control a couple of other great and addictive iOS mobile device games.

The oversized game will be making its debut at the Gaming and Electronics Expo (GEEX) in Salt Lake City, Utah. After which the Infinity Blade FX will be rolling out to Dave & Busters locations for October 28th. Enjoy!