Infiniti has shown of the new Infiniti Q50 Eau Rouge Concept at this years Detroit Moto Show, the car is just a concept at the moment.

Infiniti Q50 Eau Rouge Concept is a sports sedan that is designed to take on the likes of BMW and Mercedes, it certainly looks interesting from the photos. 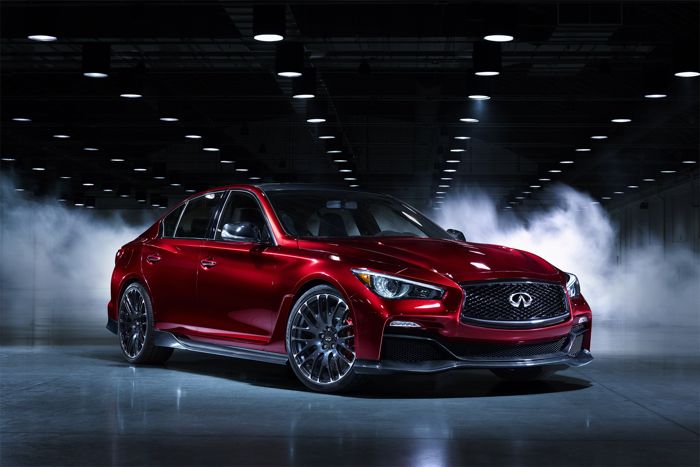 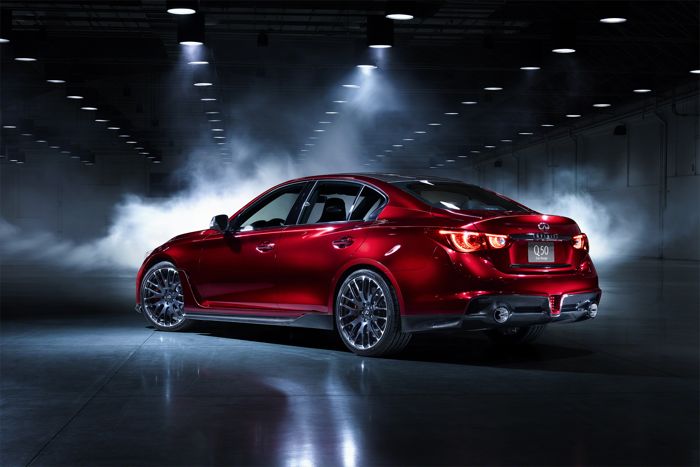 If we built this car I would expect it to feature over 500hp and 600lb/ft of torque. Through our various alliance partners we have access to a range of engines featuring this performance capability which, with a fair amount of engineering effort, can be developed to exhibit Infiniti character and accommodated within the Q50 engine bay. The engine we are evaluating for the Q50 Eau Rouge is a big personality, V-cylinder engine with forced induction. I think our engineers have been waiting for a project like this,” said Johan de Nysschen, President of Infiniti Motor Company Limited. 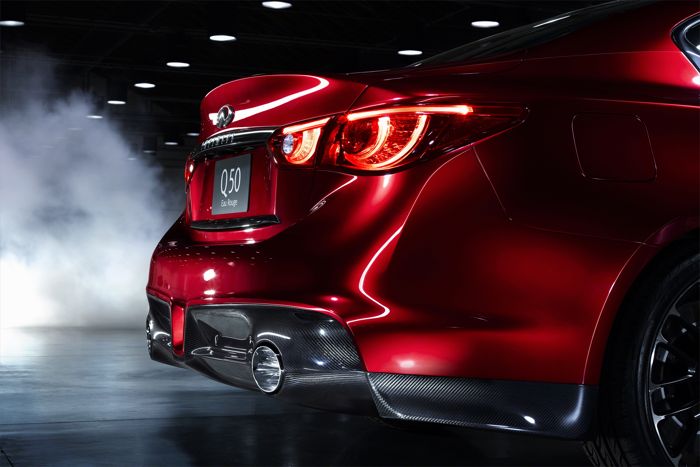 As yet there are no plans for the Infiniti Q50 Eau Rouge Concept to go into production, you can find out more details about it at the link below. 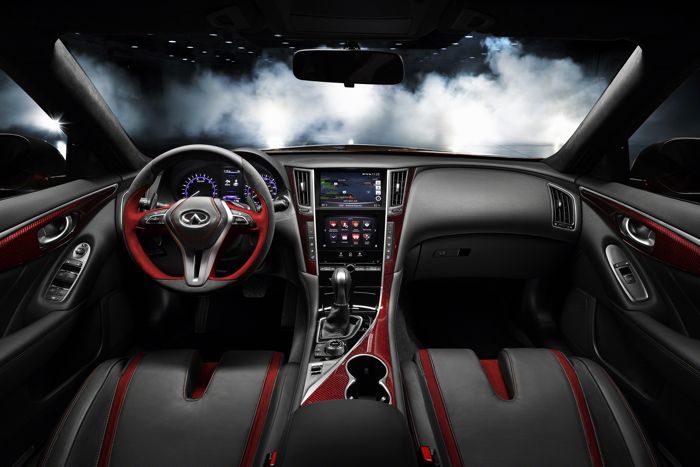