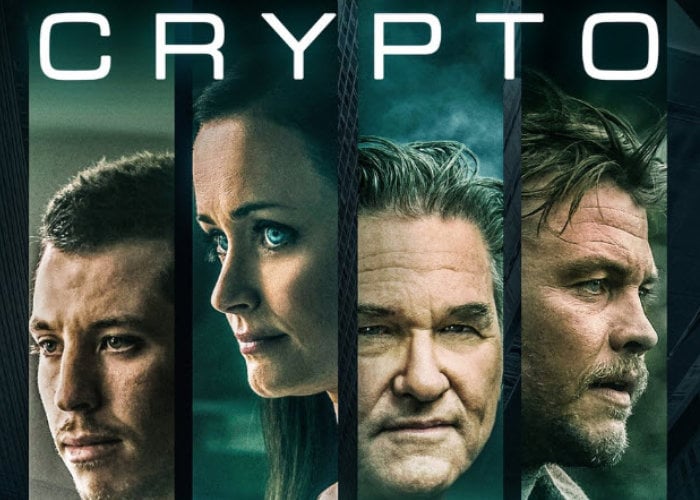 A new trailer has been released this week for the upcoming indie Crypto movie starring Kurt Russell, Beau Knapp, Alexis Bledel, Luke Hemsworth, Jeremie Harris and Vincent Kartheiser. Directed by John Stalberg Jr., the indie film is written by Carlyle Eubank and David Frigerio based on an original story by Jeffrey Ingber and produced by Yale Prods.’ Jordan Yale Levine and Jordan Beckerman alongside David Frigerio.

The Hollywood Reporter explains a little more about the plots you can expect from the indie movie “Dubbed a thriller in the vein of The Firm and The Girl With The Dragon Tattoo, Crypto centers on a young anti-money laundering agent (Knapp) tasked with investigating a tangled web of corruption and fraud in his remote New York hometown, where his father (Russell) and brother (Hemsworth) are struggling to maintain their family farm in a changing economic landscape. The agent quickly finds himself enmeshed in a dangerous underworld populated by a mysterious art dealer (Bledel), a crypto-currency enthusiast turned cyber-sleuth (Harris) and a corrupt accountant doing the bidding of ruthless clients (Kartheiser).”

“In this cyber-thriller starring Kurt Russell and Beau Knapp, a Wall Street banker connects a small-town art gallery to a global conspiracy, putting his own family in grave danger.”