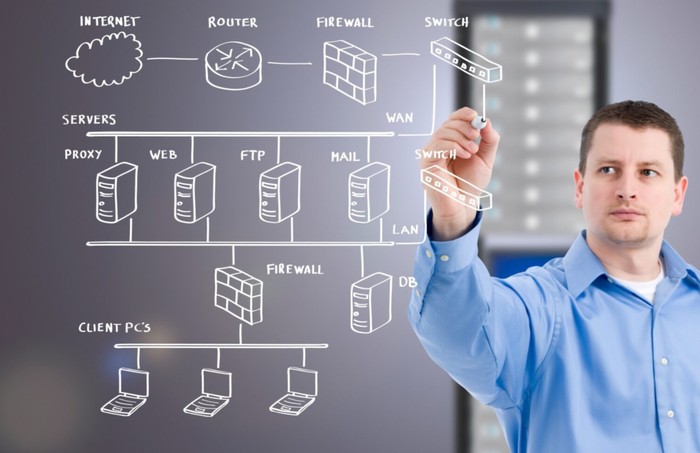 If you are looking to improve your network automation you may be interested in learning more about Digital Twins on NVIDIA AIR. Digital twin is hosted in the cloud allowing teams to test their network configurations at scale without the overhead of physical infrastructures needed to be set up.

When combined with NVIDIA Air a free platform for creating network digital twins. These digital twins can be clones of existing topologies, prebuilt topologies, or custom designed networks that can scale to 1000s of switches and servers. Each server and switch in the digital twin can be spun up in the NVIDIA Air cloud hosted environment for IT teams to extract the value of testing to its full potential.

“Automation is the key to increasing operational efficiency and lowering OpEx, but it does not guarantee a successful data center deployment. While automation can confirm configuration integrity and prevent human errors in repetitive changes, it can’t validate intent and network requirements. Therefore, automation must be tested and validated before deployment, and the NVIDIA way of doing this is with a data center digital twin.”

“Testing is a tradeoff between risk and cost. On one hand, to fully validate network functionality and reduce the risk associated with change management, the test network needs to be similar to the production network. On the other hand, creating a physical replica of the production environment is expensive both in CapEx and OpEx. Using a virtual replica via a data center digital twin can significantly reduce the costs associated with such testing. IT teams can integrate the data center digital twin into their CI/CD pipeline, deploy new changes, validate the configuration using NetQ and deploy to production confidently. This level of integration helps drive down the cost of validation even further.”

“To shorten the time to deployment and decrease the risk of downtime, IT teams use NVIDIA Air to automate their testing process. In addition to testing an ad hoc change, every change goes through a set of regression tests to eliminate degradation of the current functionality. Once both regression and ad hoc tests are passed, the ad hoc test is added to the regression tests suite and validated in future deployments.”