We featured the iLuv ArtStation Pro tablet docking station back in July and following on from that device, this week iLuv has unveiled a new flagship tablet dock which is definitely worth a look if you would prefer to use your iPad in a similar way to a desktop PC.

The new iLuv iMM737 iPad Workstation Dock is equipped with a sophisticated audio system for entertainment  and features a wired keyboard with dedicated keys specifically designed for Apple’s iPad functions. 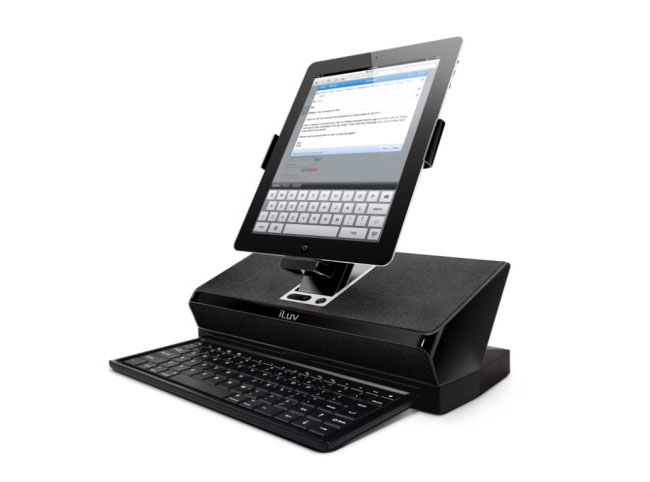 The laptop style keys much more traditional typing workstation allowing you to easily, email, chat and surf the web with real keys rather than a touchscreen keypad. When not in use the keyboard can conveniently tuck away into the base of the unit.

Prices for the iLuv  iMM737 WorkStation Dock will be available at select iLuv retailers in November for around $180.