We have featured quite a few different stands for the iPad and iPad 2 here at Geeky Gadgets, the latest ones are from a company called II:XX and they are designed to be used by guitarists and musicians.

The stands are made from aircraft grade aluminum, and they can be used in both landscape and portrait modes, have a look at the photos below and also the explanation from the designers on how they work. 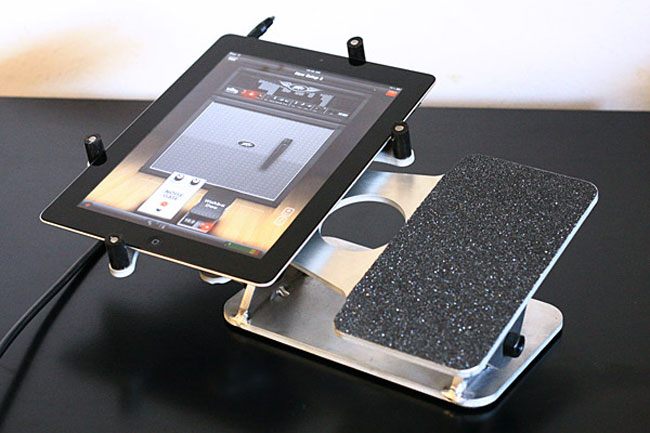 With a new era of portable studios now getting even more portable, the Apple Ipad is pushing the envelope with new music recording apps for guitarists.  With many of these new apps comes unique ways to utilize the iPads accelerometer, and gyroscope which control “wah” effects as well as controlling volume swells.

You can find out more details about these unique iPad 2 stands over at II:XX.