A new amphibious 10 Seater vehicle is currently under development called the Iguana 29, which has been designed to make it easy for you to move on either land or sea.

For movement on land the Iguana 29 is equipped with a pair of retractable caterpillar tracks. That can propel the vehicle up to 5 mph, which is fine for launching but might become a little bit of a pain if you need to go any distance. On the other side of the coin, whilst in the water the Iguana 29, comes in to its own and is capable of 35 knots. 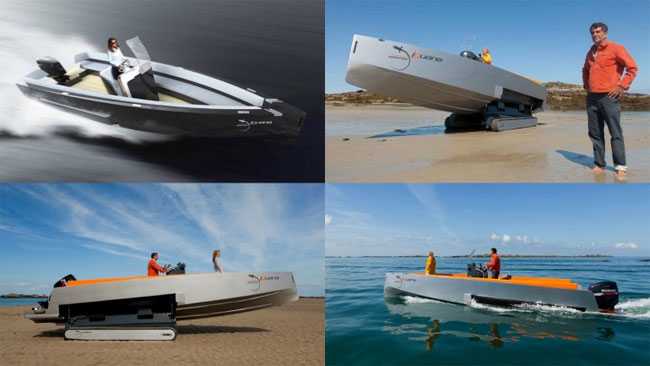 The concept (which is subject to a world-wide patent) is based upon the integration of a caterpillar system within the hull without affecting its aesthetics, performance, or its seaworthiness.