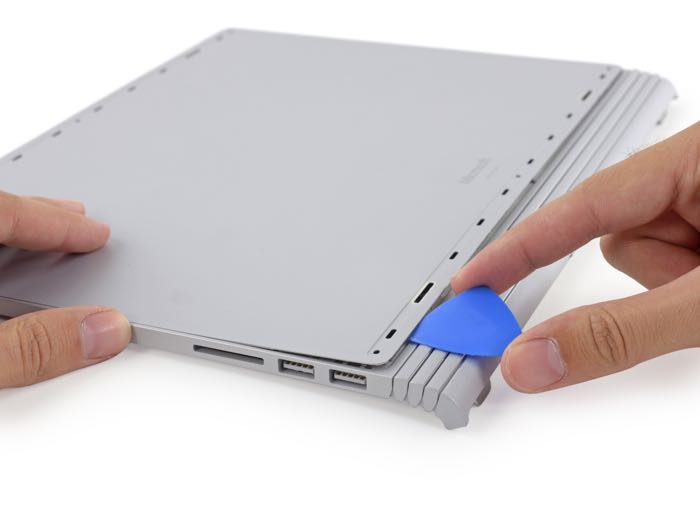 The guys from iFixit are at it again, this time they have dissected the new Microsoft Surface Book to see what was inside the device.

The Microsoft Surface Book comes with a 13.5 inch display that has a resolution of 3000 x 200 pixels, the device comes with an Intel Core i5 processor and 8GB of RAM, there is also a 128GB solid state drive.

Other specifications in the new Surface Book include a 5 megapixel front camera and  an 8 megapixel rear camera, the device also comes with a Surface Pen and features WiFi and Bluetooth. 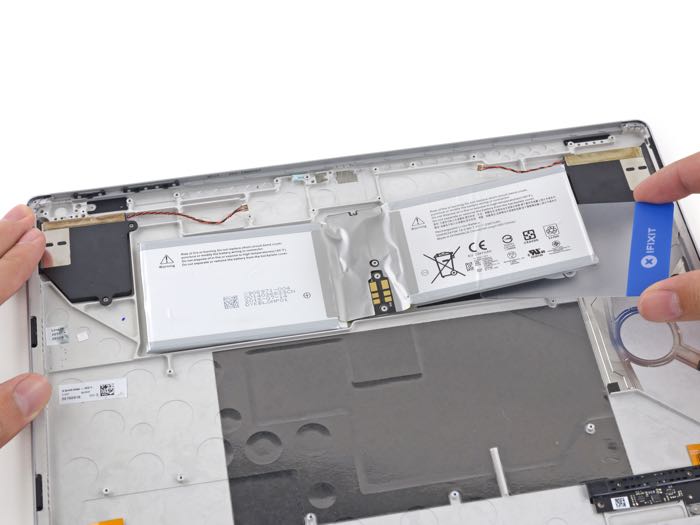 The new Surface Book only managed to score 1 out of 10, this means that it is extremely hard to repair and best left to the professionals. 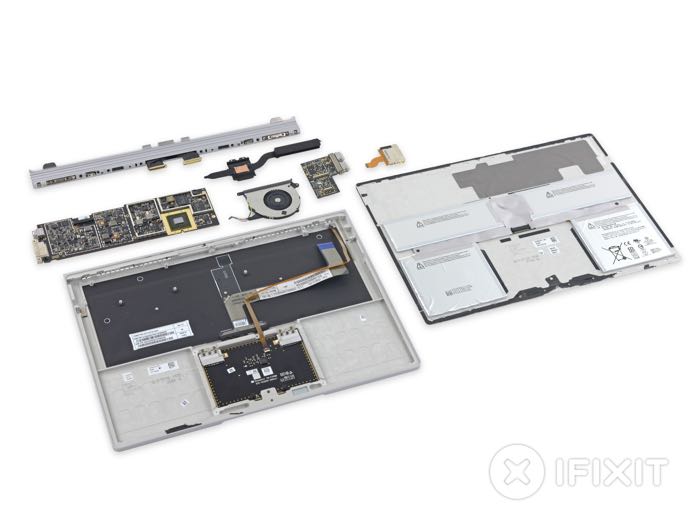 The reason that the device is so hard to repair is that it is is pretty hard to open, it also has a fused glass panel and LCD display and the processor and RAM are soldered to the motherboard. The device also has strong adhesive which holds a lot of the components inside, this makes it pretty hard to take apart.

You can find out more details on when  was found inside the new Microsoft Surface Book at the link below.