The iFixit team has been busy once again with their screwdrivers and have this time dismantled Apple’s new 27″ inch Thunderbolt display exposing its technology to the world.

For a recap the new Apple Thunderbolt Display is equipped with a resolution of 2560 x 1440 with 16:9 Widescreen Aspect Ratio and is equipped with a FaceTime HD Camera with Microphone and 49 Watt 2.1 Speaker System. The main thing that has surprised iFixit and us is the sheer amount of technology that is packed into the Apple Display and the number of chips included. iFixit uses the technical term “oodles of chips”. 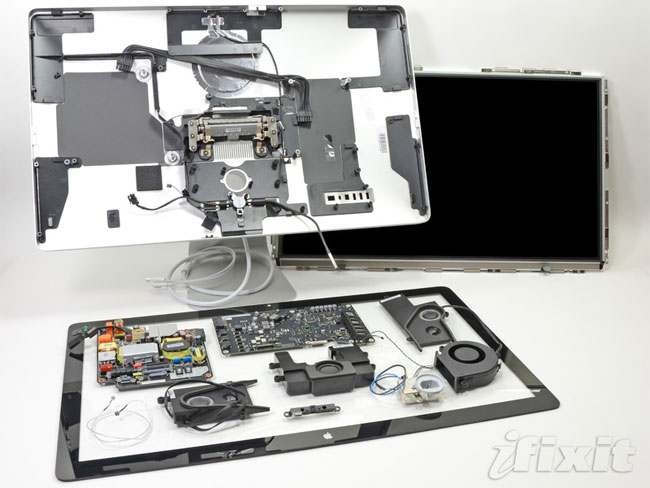 You can view the full Apple Thunderbolt Display teardown here on the iFixits website. Great job!.