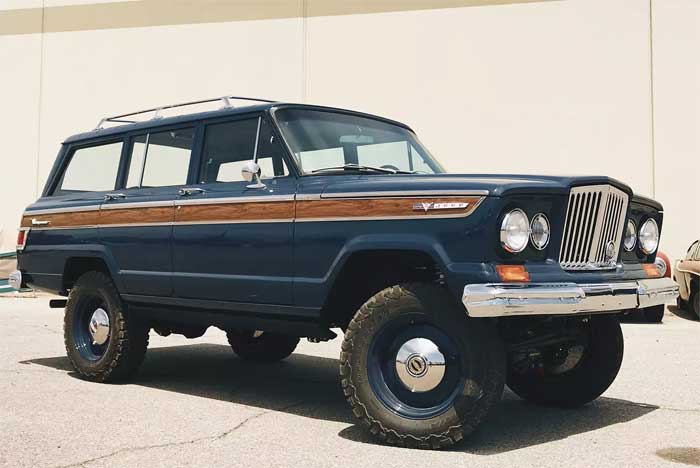 It’s easy to think of SUVs as modern cars, but they have been around for decades. Such is the case with this ride that started off as a basic 1965 Kaiser-Jeep Wagoneer SUV. It’s far from basic after the gang at Icon got hands on it and slathered it with money and sexy.

This Wagoneer has all the sexy, it’s perfectly restored even if not faithfully restored. It might look like a brand new 1965 on the outside, but it has lots of modern tech. The paint and wood trim weren’t offered from the factory originally. It has a custom steel frame underneath, Dana 60 ProRock high-pinon axle rear, and lots more.

Power is from a 6.2L E-Rod LS3 engine that makes 440hp and a GM 3/4ton truck transmission. It also has 6-piston-Brembos up front and four-piston rears to stop. Inside it looks like a time machine with fantastic bench seats. Watch the video below to see all the incredible details of this build. Pricing isn’t officially stated but suggested to be several hundred thousand dollars.