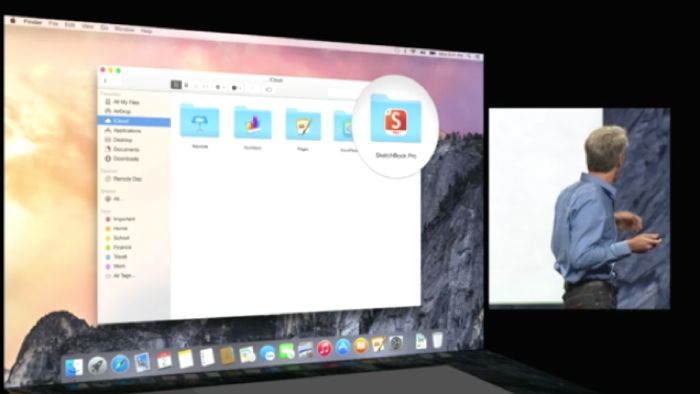 Apple has announced the next major version of its desktop OS at this years WWDC, OS X Yosemite, and they also announced a major new feature for the next version of OS X called iCloud Drive.

Apple iCloud Drive is basically Apple’s answer to Dropbox, although it comes integrated into OS X Yosemite, and it will allow you to share all of your documents through the cloud and through all of your devices, including your iPhone, iPad and iPod Touch.

This means that you will be able to share all of the documents on your mac, including your photos with your iPhone, iPad, your MackBook and more through iCloud Drive.

All of these documents can be edited on multiple devices, and they are then synced through iCloud Drive across all of your devices.

Apple have said that OS X Yosemite will launch in the Fall, there will be a developer version available later today and also a public beta version of Yosemite which will be available to everyone this summer.

It certainly sounds like a really useful feature, and will make things easier for accessing all of your documents, photos and more across multiple devices.