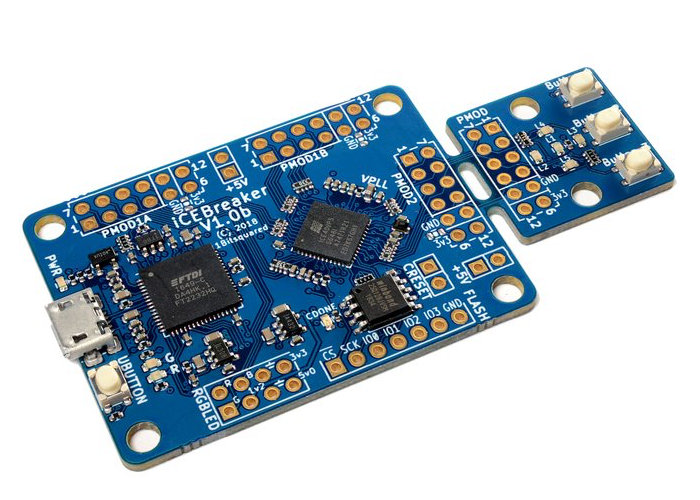 “Are you ready to venture into the brave new world of digital logic design? The iCEBreaker FPGA board is specifically designed for you. It works out of the box with the latest open source FPGA development tools and next-generation open CPU architectures. The iCEBreaker is easily expandable through its Pmod connectors, so you can make use of a large selection of third-party Pmod modules, as well as the several new Pmods we’ve specifically designed for it. There’s ample documentation, including well-tested workshop curricula, video tutorials, and datasheets.”

Specifications of the iCEBreaker FPGA open source development board include :