The guys over at Think Geek always come out with some really fun Aprils Fools jokes, this years one has to be their best so far, the iCade iPad Arcade Cabinet.

As you can see from the photos, the iCade is designed to look like an arcade cabinet, it even has a joystick and a couple of arcade buttons. 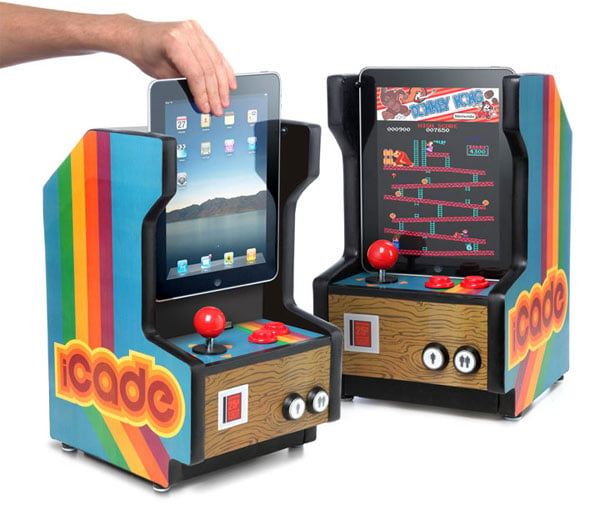 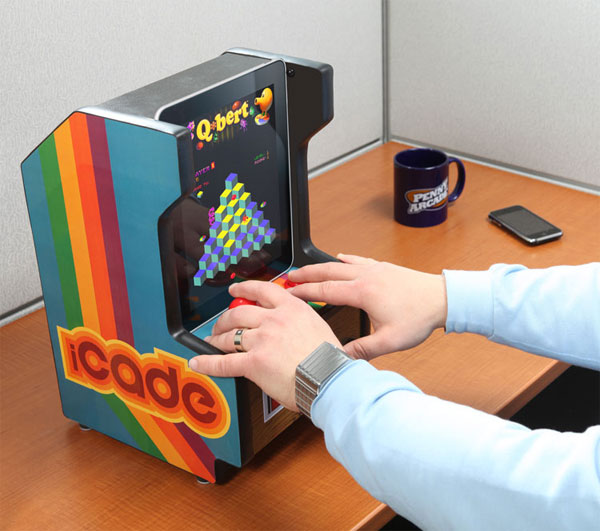 Knowing that many of our loyal geeky customers would eventually get their retractable claws on an iPad at some point, we knew we needed to take it to the next level. What cool things could we do with the iPad that you, our lovely geek customers, would squee over? A few brainstorming sessions later, the idea of a MAME cabinet came up and we knew we’d struck gold. How cool would it be to slide your iPad into a desktop-sized arcade cabinet and rock it old school with some Pac-Man or Space Invaders?

Unfortunately it is just an April Fools joke, and Think Geek won’t be making one of these so you can plug your new iPad into it, which is a shame as it would probably be the best accessory for your shiny new iPad.

Think Geek via Cult Of Mac