IBM has created the world’s smallest movie, the movie which is called .A Boy and His Atom’, was created using atoms, you can see the video below, which shows the atoms at 100 times their actual size.

The movie has been verified by the Guinness World records as the world’s smallest movie, it is made from 242 frames that were captured with a scanning tunneling microscope. 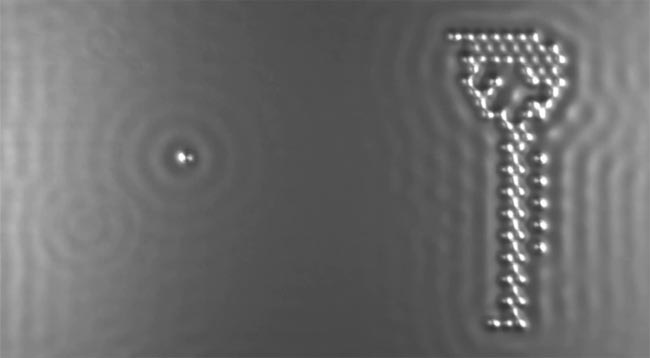 You’re about to see the movie that holds the Guinness World Records™ record for the World’s Smallest Stop-Motion Film (see how it was made at http://youtu.be/xA4QWwaweWA). The ability to move single atoms — the smallest particles of any element in the universe — is crucial to IBM’s research in the field of atomic memory. But even nanophysicists need to have a little fun. In that spirit, IBM researchers used a scanning tunneling microscope to move thousands of carbon monoxide molecules (two atoms stacked on top of each other), all in pursuit of making a movie so small it can be seen only when you magnify it 100 million times. A movie made with atoms.