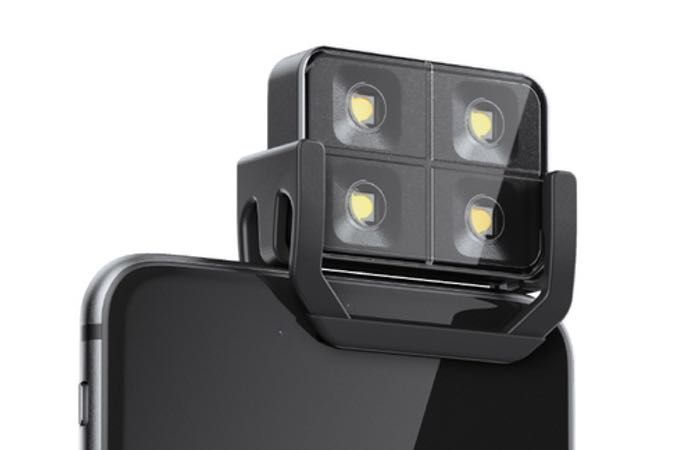 iblazr lab has created a new LED Flash called the iblazr 2, that has been specifically designed to work with native camera applications on both iOS and Android devices and is available in white, black or grey.

The iblazr 2 builds on the technology that was used to create the first generation iblazr LED flash that was designed to be used with both digital cameras as well as iOS and Android smartphones and tablets.

The iblazr 2 LED flash uses Bluetooth 4.0 Low Energy technology that transforms the iblazr into a remote flash with a range of up to 80 feet or 25 meters.

“iblazr 2, the second generation in the iblazr flash series, is the most advanced light source for smartphones and tablets available in the consumer market. This flash designed for smartphones also comes in handy when taking photos with tablets or DSLR cameras, lighting analogue photography, brightening nighttime video calls, or simply functioning as a small but powerful flashlight.

In creating iblazr 2, we not only optimized the physical design of the device but also made significant improvements to its electronic components. The result is an iblazr with more functions that remains as easy to use as it was before.”

iblazr 2 is currently over on the Kickstarter crowdfunding website looking to raise $70,000 and has already passed the halfway stage in just its first day of launch thanks to over 667 backers that have pledged over $42,000, with still 29 days remaining on the project.

For more information and to make a pledge from $45 jump over to the Kickstarter website via the link below.