The i3Dg palm top theatre addon brings 3D direct to your iPhone, simply slip it on and start viewing. The i3DG is and analog device for the iPhone that converts its 2D images into glorious 3D.

It uses the already existing method using a 45 degree mirror infront of the image. Check out the demo video after the jump. 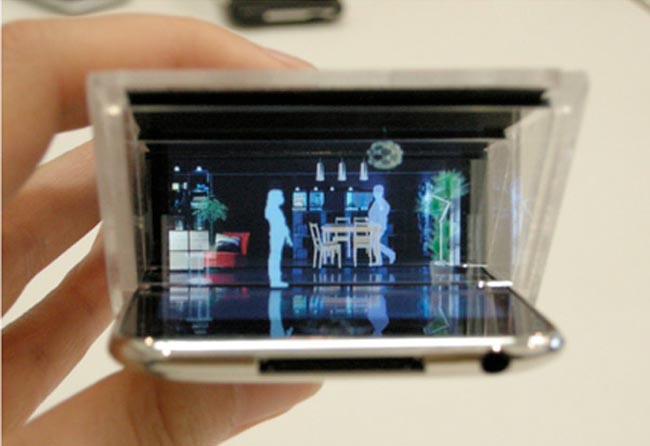 The neat little i3DG device supports a wide range of different applications, from simple 3D videos and animations to accelerometerbased games. Its already won a honorary mention at Ars Electronica Festival 2010, it will be on exhibition at The International Film Festival in Rotterdam during 2011.

Via The iPhone Blog