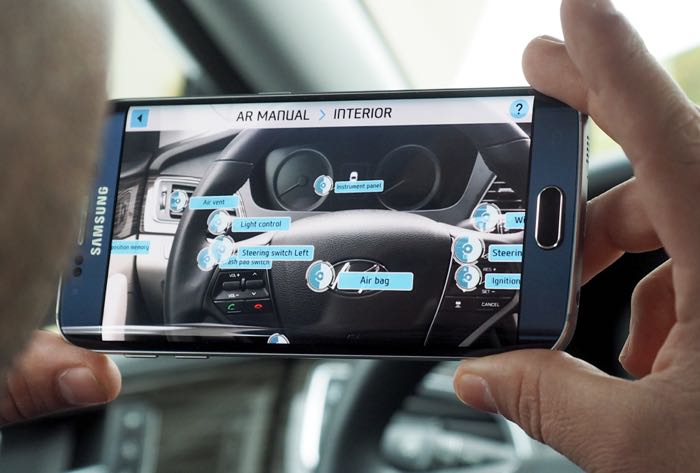 Hyundai has announced that it will be bringing its Hyundai Virtual Guide AR to its cars this year in the form of an update to its Car Care app for iOS and Android.

The Hyundai Virtual Guide AR is designed to replace your owners manual and it points out features in your car using augmented reality and also comes with tutorial video on how to use features within the vehicle.

If you want more details on a particular feature of the car, you just click on the display on your smartphone screen and it provides more details.

The idea is that AR technology will be used instead of an owners manual and the information would be displayed instantly on the particular feature you want to find out more details about.

Hyundai has said that the feature will be made available on their Car Care app for the 2015 and 2016 Sonata in the first quarter, all of their other 2015 and 2016 vehicles will also get the software later in the year.