Apparently Western Europe hasn’t fallen out of love with the Concorde. Plans and concept designs of a new hypersonic Mach 4 passenger aircraft were unveiled recently and the projected specifications and overall performance conceptualization was indeed impressive. 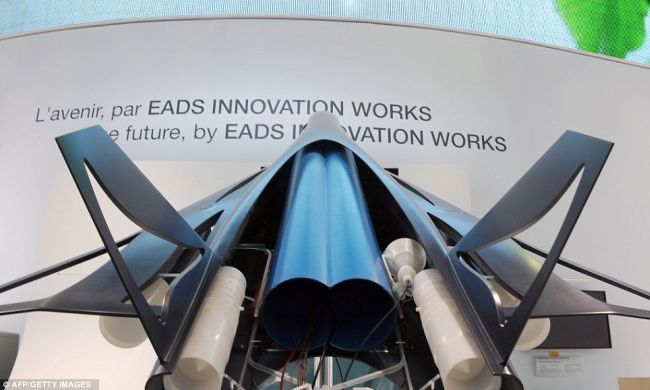 Dubbed the Zero Emission Hypersonic Transport and being hyped as the heir to the Concorde, the high tech hybrid passenger aircraft was unveiled at the ongoing Paris Air Show, which is the best place in the world right now for aircraft manufacturers.

The new above-atmospheric passenger plane will be capable of going 3,125mph, reducing a usually epic London to Tokyo flight to an hour long commute. The seaweed enters the equation as biofuel for its oxygen-hydrogen powered engine.

Aside from its sleek airframe—hardly a departure from the sexy Concorde look—the EADS (they’re the pan European firm who’re going to build it) project is powered by a hybrid engine that incorporates missile booster technology for extra lift during take off.

The big drawbacks are two fold, unfortunately. First, it will take 40 years to realize this new breed of aircraft, in the meantime, how about the world go back to airships?

Second, the current prototype (little more than a concept), only fits a 100 passengers. Woefully inadequate in our book. If this baby is going to ply the Europe-Asia route, and there are hundreds of millions in Asia itching to do business a continent away, 100 per plane is weak. Bigger design, please.