With the new PlayStation 4 and Xbox One next generation console launching in November of the is year, the Hyperkin Retron 5 might have its work cut out to win the console wars but it has one unique characteristic the others don’t. It combines 10 consoles in one device.

The Hyperkin Retron 5 is capable of playing NES, Famicom, Super NES and Famicom, Sega Master System, Genesis and Mega Drive, and Game Boy original, Color and Advance all from one console. 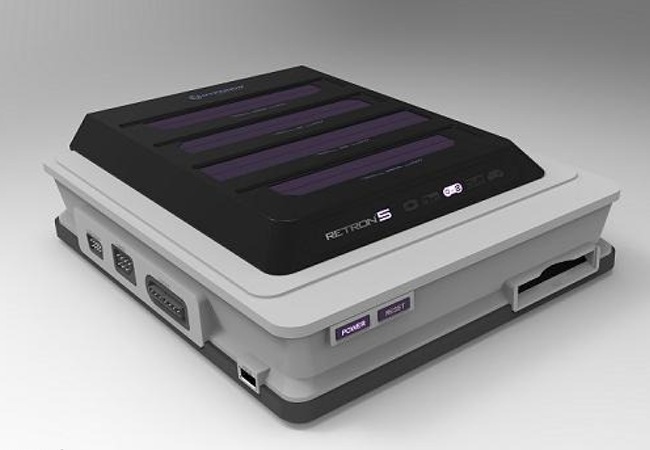 The Hyperkin Retron 5 combination 10-in-1 console will be launching in Europe and the US on December 10th priced at €90 and $100 sporting a newly designed exterior casing together with a Sega Power Base Converter that lets you play Sega’s Master System games. Steven Mar, Hyperkin’s Executive Director explained:

“RetroN 5 will be the most amazing classic game console.”-“We thank everyone who has been patient and supportive of Hyperkin during development.”

“The RetroN 5 will have 5 cartridge slots allowing you to use original NES, SNES, Genesis, Famicom, and Game Boy Advance cartridges. You will also be able to use Super Famicom, Mega Drive, Game Boy Color and Game Boy cartridges as well. Because we have created a new chipset, it allows us to ensure that region locks and compatibility are no longer an issue, and the RetroN 5 will play both PAL and NTSC cartridges. CIC lockout chips and FX chips are no longer going to be an issue, as we aim to achieve 100% compatibility with all cartridges.”

For more information on the new Hyperkin Retron 5 console jump over to the Hyperkin website for details.