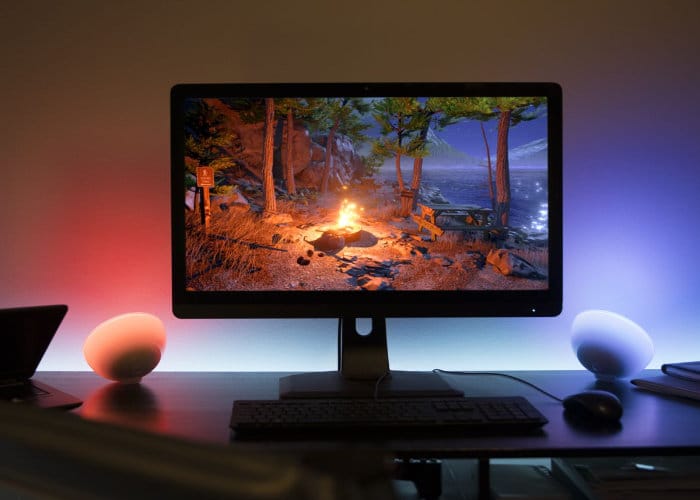 Phillips has announced the release of a new free software application created for Windows 10 and macOS computers that allows you to coordinate your smart lights with your computer. The Philips Hue Sync application detects colours from your computer screen and projects a matching aura onto the walls around it, watch the demonstration video below to learn more.

The New Philips Hue Sync computer application requires that users have a Hue bridge on your network, and you also need to define an “Entertainment area” in the much improved Hue 3.0 mobile app that went live a few days ago and offers a revamped application for both Android and iOS devices. The free app enables you to perfectly synchronise your Philips Hue smart lighting with games, videos and music and more played on your Windows 10 or macOS Sierra and later computer.

“Following several entertainment pilots, we’ve refined the way lighting can be used with games, music and video. Philips Hue Sync offers a unique way to simply match light effects to consumers’ content in a fast and synchronised way, delivering an engaging, immersive experience,” said Jasper Vervoort, Head of Marketing and Product Management, Home Systems and Luminaires at Signify. “By working with leading players in the entertainment industry, we can take this even further. The premiere music video from Disney’s DCappella band, “Immortals,” demonstrates the power of a perfect sync.” 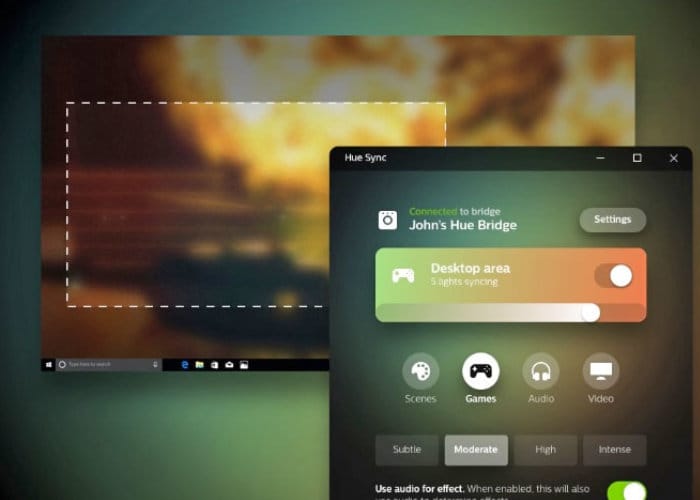 The Hue Sync applications has been designed to use with simply one press of a button, allowing you to select your desired audio, video or game within the control panel after which your lights are then synchronised to your entertainment content. Supporting services such as AirPlay to an Apple TV, Google Chromecast, Miracast and HDMI, For more information jump over to the official Philips Hue Sync website by following the link below. 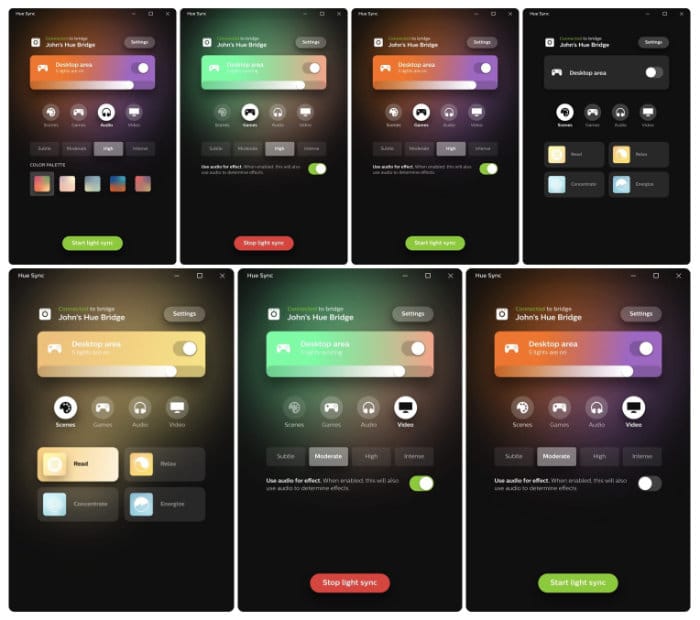