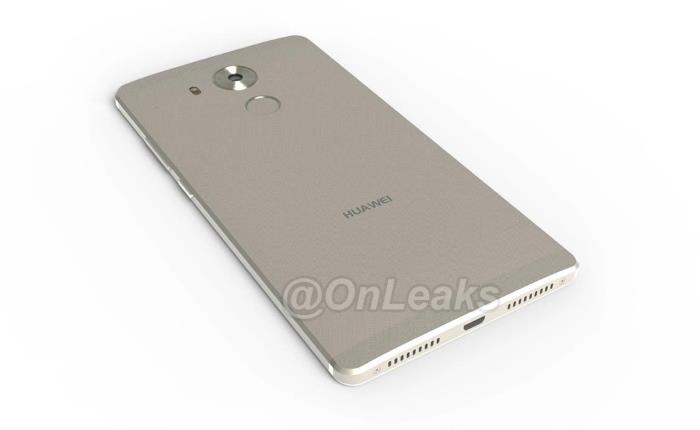 Huawei is expected to launch the latest Mate 8 smartphone later this month, possible on November 26th. We haven’t heard much about the device, except a few specifications and its launch date.

Recently, the popular OnLeaks leaked an image of what appears to be the Huawei Mate 8, giving a glimpse of its design and looks.

The above image clearly shows that Huawei is expected to continue with the fingerprint sensor on the back of the handset, just like the Nexus 6P, along with the camera sensor and a metallic design. Furthermore, there’s a micro USB charging port at the bottom as well as the dual speakers.

Similar to its predecessor, the alleged device may boast a 6-inch display with a resolution of 2560 by 1440 pixels, Kirin 950 processor, a 16MP camera for photos and videos and an 8MP front-facing shooter. The handset may launch in two variants: one featuring 3GB of RAM and 32GB of storage while the second version is expected to ship with 4GB of RAM and 64GB of internal storage.

There’s no official word from Huawei about the handset, but we’ll update you as soon as we get to hear anything more about the device.