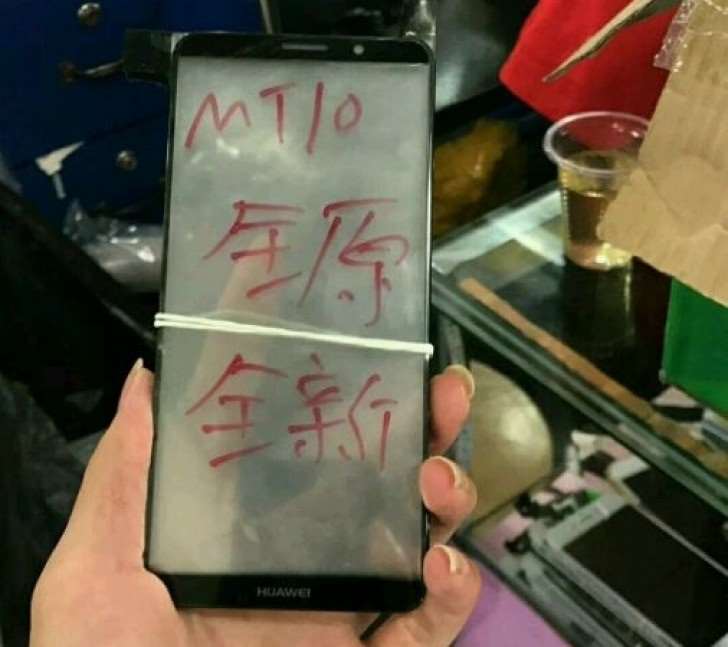 Over the past few weeks, the rumors about Mate 10 have increased quite a lot. We’ve seen the handset pose for the camera, along with a number of other leaks.

Recently, the front panel of the alleged Huawei Mate 10 made its way on to the internet and it goes in line with the rumors and leaks we’ve seen before.

Rumors suggest that Huawei will launch two variants of the flagship device: Mate 10 and Mate 10 Pro. Some reports hint at other names so it remains to be seen what Huawei chooses as the official names for its upcoming flagship device.

Rumors suggests that the device will come with a 6.1-inch display sporting a resolution of 2560 by 1440 pixels resolution, Kirin 970 processor paired with 6GB of RAM and 64GB of internal storage. The handset is expected to come with a 12 MP + 20 MP dual camera setup with Leica branding, 8MP front-facing camera, a 4,000 Mah battery and Android 8.0 Oreo pre-installed out of the box.

The handset is expected to see the light of the day on October 16th. We’ll update you if we get any other information.