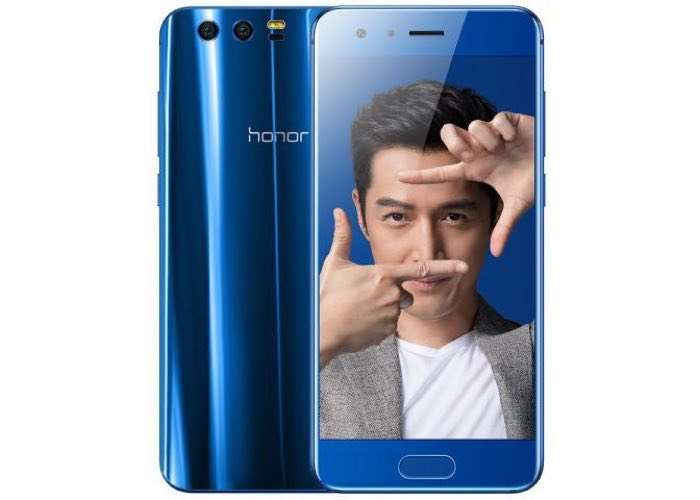 Earlier this year, Huawei introduced the Honor 9 flagship device in China, which is expected to launch in Europe on Jun 27th.

The handset was seen on a Finnish website for pre-orders, and now it seems customers residing in the UK will be able to pre-order the Honor 9 smartphone from Amazon UK.

The retailer has listed the pre-order price of £379.99 for the entry-level version of the handset, featuring 4GB of RAM and 64GB of internal storage. There’s also a possibility that the Chinese company will also offer the 6GB RAM variant of the handset when it officially launches in the region. As for the availability, Amazon UK doesn’t mention an exact date for shipping, but we can expect it to be after June 27th.

The handset comes with a 5.15-inch display with a resolution of 1920 by 1080 pixels, HiSilicon Kirin 960 processor paired with 4/6GB of RAM and 64/128GB of internal storage. The device also features a 20MP camera for photos and videos, an 8MP front-facing camera, a 3,200 mAh battery and ships with Android 7.0 Nougat pre-installed out of the box.

We’ll update you as soon as the handset is officially announced the country.