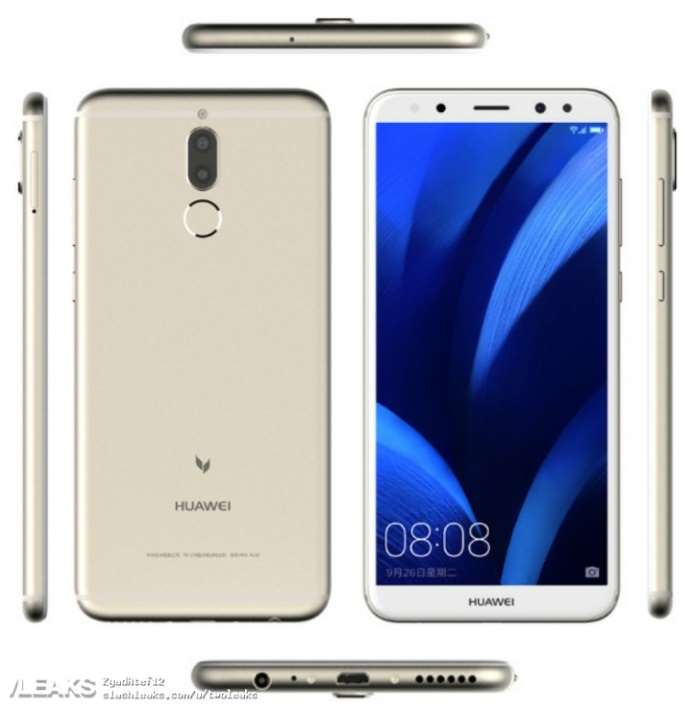 Not too long ago, Huawei posted a teaser for its new smartphone which is expected to launch in China on September 22nd, and now we have something more to share about the handset.

Recently, a press render of the alleged Huawei G10 (Maiming 6) made its way on to the internet revealing that it will come with a quad-camera setup on board.

This means that there is a dual camera setup on the back as well as for the front-facing camera to improve the photographic capabilities of the handset. There’s an LED front-facing flash as well to help you capture selfies in low-light conditions. Additionally, the handset is expected to come with a screen with 18:9 aspect ratio.

Previous rumors suggest that the handset will come with a 5.9-inch display with a 1080p resolution as well as a Kirin 659 processor paired with 4GB of RAM and up to 64GB of internal storage, a 3,240 or 3,340 mAh battery, and EMUI 5.1 over Android 7.0 Nougat. There’s a possibility that the handset may launch outside China with a different moniker but it will confirmed after the handset is officially announced by the Chinese manufacturer.

We’ll update you as soon as its officially released.